Welcome to the Producer Series Section!

SWISSIVORY PRODUCER MIXTAPE SERIES
Every mixtape in this series consists of songs exclusively produced by one producer. Make sure to check back in regularly for new mixtapes. Check below this player for all downloads!

PRODUCED BY OZ
Ozan Yildirim (born January 11, 1992), professionally known as OZ, is a Swiss record producer and songwriter. He has produced for many high-profile artists, including Drake, Trippie Redd, and Travis Scott, most notably on the number one hits “Highest in the Room” and “Sicko Mode, for which the latter he received a nomination for the Grammy Award for Best Rap Song. He also solely produced Drake’s number one hit “Toosie Slide”.

Download the OZ Mixtape by clicking on the image below: 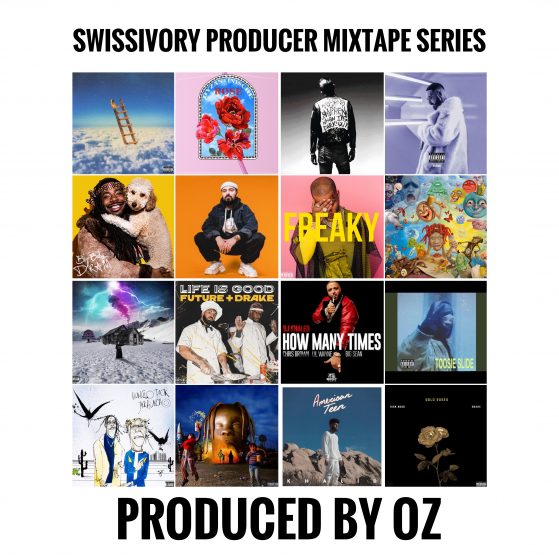